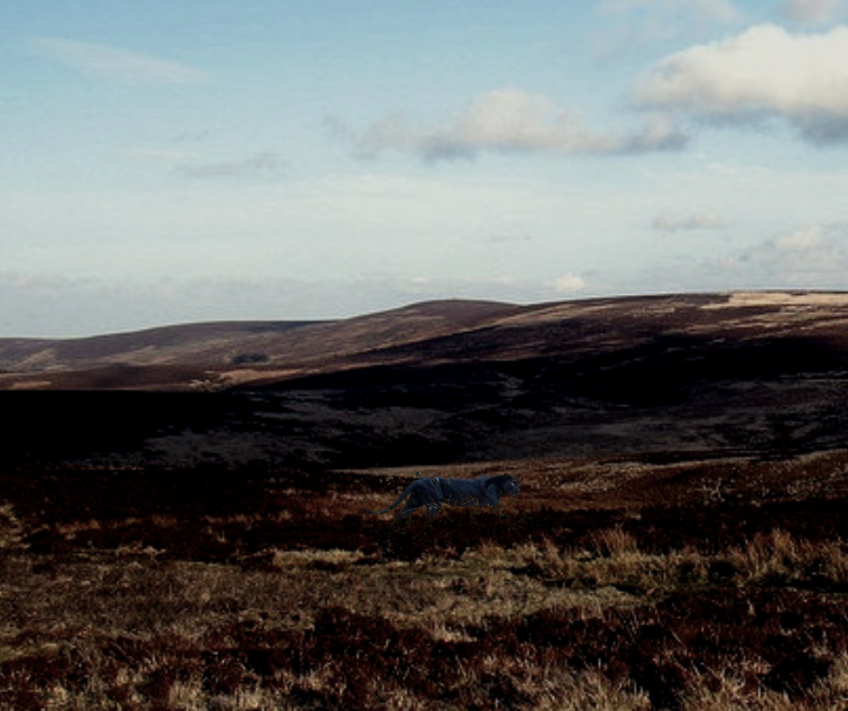 The Beast of Exmoor – an elusive creature, roaming the moors of Exmoor… or perhaps just roaming our imaginations..? This large, wild ‘cryptozoological’ felid has become infamous in the south-west, spotted across the fields and moors of Exmoor in Somerset and Devon. Although sighted on numerous occasions since the 1970s, definitive proof of the existence of the beast remains elusive. Witnesses report a large feline creature, typically resembling a panther or puma, dark grey/tan to black. The beast is large, most reports suggesting lengths (nose to tail) of somewhere in the region of 1 to 2 meters.

For those looking for the cycle challenge, see ‘Exmoor Beast‘

For those looking for the number 1 totally awesome Exmoor holiday cottage letting agency, see The Best of Exmoor 😉 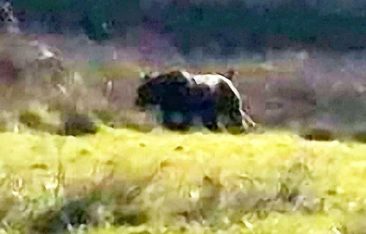 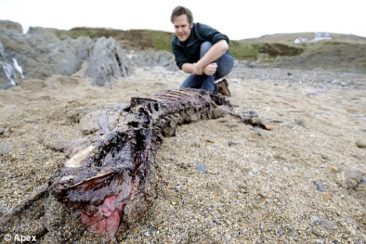 During the early 80s, repeated large losses of sheep and lambs increased the notoriety of the Beast of Exmoor. In one such example, a South Molton farmer lost over 100 sheep in the space of three months, with injuries suggestive of large cat involvement.

A Devon farmer found a puma skull in 2006, confirmed by the British Big Cats Society. However, the official statement by the DEFRA outlined “based on the evidence, DEFRA does not believe that there are big cats living in the wild in England”.

Some decades ago, the possession of exotic species in the UK became popular and was initially large unregulated. During the 1960s, a law was passed making it illegal to keep large cats in captivity as an individual. This has led to theories of the release of a cougar or black leopard into the wild at about this time. However, the typical 14-year lifespan of these species makes it unlikely that a single animal would have accounted for all sightings.

The sceptical might well assume that sightings are much more likely to be misidentified domestic cats, dogs or deer. Certainly, livestock deaths could be attributed to wandering dogs.

Theories of a hybrid species have been discussed; the hybridization of a Leopard and Puma was achieved in captivity by Carl Hagenbeck. Perhaps some new felid of Exmoor is in existence? The male of any cat hybrid is typically sterile, so the ongoing perpetuation of the species could be tricky mind you…

One thing is for certain; Exmoor is the place to be for wild animals in the UK. There are over 250 square miles of space in this National Park, carefully protected to preserve the natural world. Varied habitats and minimal human urbanisation result in a huge range of species choosing to call this beautiful part of the world home. Simply wandering the many footpaths over Exmoor you will be likely to encounter Red Deer, wild Exmoor Ponies and a huge variety of birds and small mammals. Join a Deer Safari or an Exmoor guided walk for some expert knowledge.

For those looking for a magical trip to the west country, here are a collection of holiday cottages across Somerset and Devon in Exmoor National Park