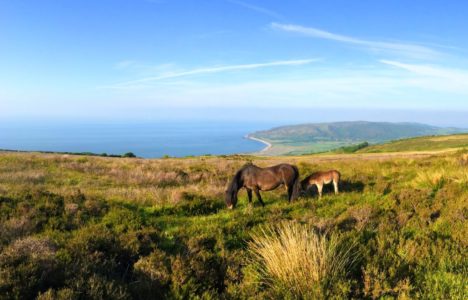 So, what is Exmoor National Park famous for?

This stunning region in the south-west of England captures the hearts of any who visit here. The varied landscape has something for everyone, beautiful, rich and diverse. An outdoor lovers playground, Exmoor attracts those who love to walk, cycle, run, ride or just appreciate the natural world. The small towns and villages dotted across the landscape are oh so pretty, with thatched roofs and pretty gardens, character galore.

So here are a few of the things that Exmoor is famous for;

One of the most striking features of Exmoor is the natural landscape. Better known for the moors, the highest regions of Exmoor are sweeping open planes with gorse, heather and wild grasses. Dunkery beacon marks the highest spot in southern England outside of Dartmoor, at 519m above sea level. Moorland spreads in every direction from here but drops down into ancient woodlands and sheltered valleys.

The coastline includes various beaches as well as towering craggy cliffs. In fact, Exmoor has the highest coastline of the British mainland. High spots are near Culbone Hill and on Great Hangman near Combe Martin (250m cliff face, coastal hill 318m). This dramatic geography also results in parts of the Exmoor having the most remote coastline in England, with various sections inaccessible either from land or via boat.

Exmoor the highest tidal range in Europe, with average spring tides of 9.3 meters in Porlock Weir. Worldwide, only the Bay of Fundy in Canada shows a greater tidal range. 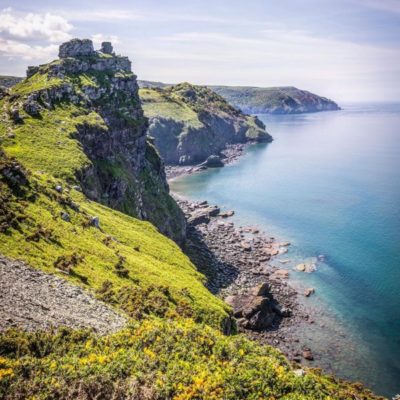 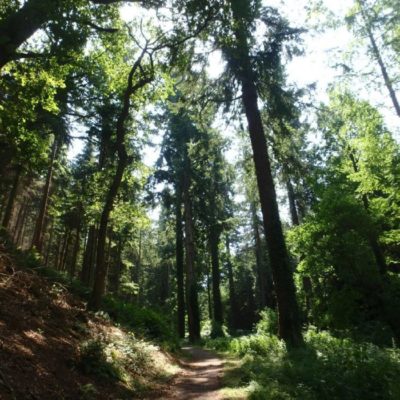 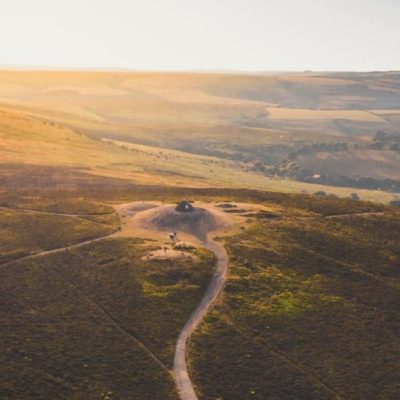 Exmoor is famously one of the best walking grounds in the UK. A vast array of footpaths and tracks crisscross the national park, with more than 1000km of paths to explore. There are a number of long-distance routes, as well as endless options for short explorations.

The world-famous South West Coast Path is the longest waymarked trail in the UK. Starting it’s journey in Minehead, the path travels east on the Exmoor coast of approximately three days walking. The path continues beyond Exmoor around the west coast of England, totalling 613 miles (approximately 40 days walking in total).

Beyond walking, the varied terrain offers fantastic cycling, horse riding, running, swimming and other adventure sports. The Exmoor Beast cycle challenge is the most popular autumn cycle challenge in the south-west. Coasteering and sea kayaking are popular on Exmoor, as well as a huge variety of water sports available on Wimbleball Lake. 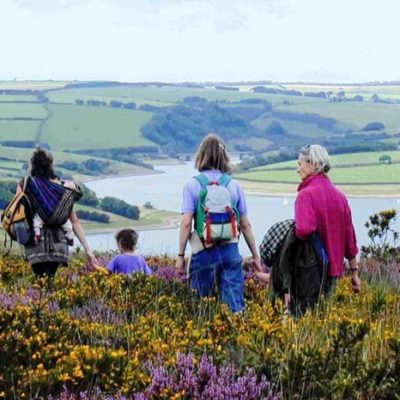 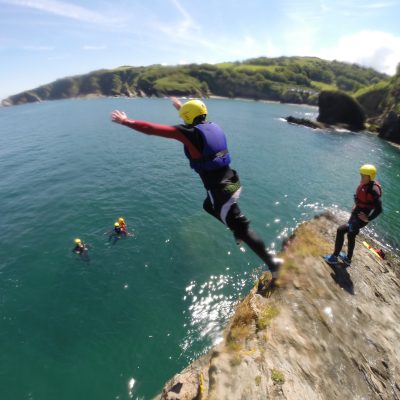 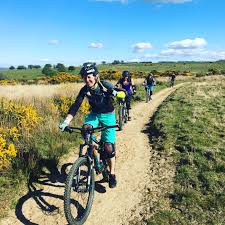 There are numerous traditional rural towns and villages across Exmoor, each with its own unique sense of identity. Coastal towns such as Lynton and Lynmouth, Porlock and Porlock Weir are popular with visitors for their authentic reflection of harbour life of old. The small medieval village of Dunster also offers a glimpse into ancient times, with Dunster Castle a popular tourist attraction for over 200,000 visitors annually. Tea rooms, traditional pubs and some fantastic restaurants make the most of excellent local produce and talent, celebrated during the Exmoor Food Festival. 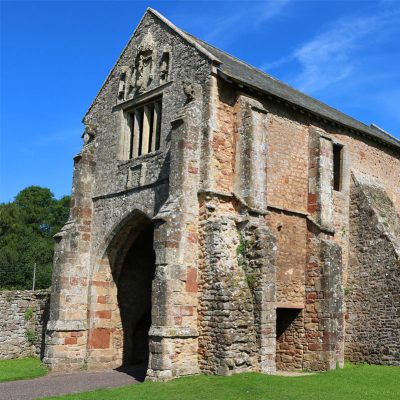 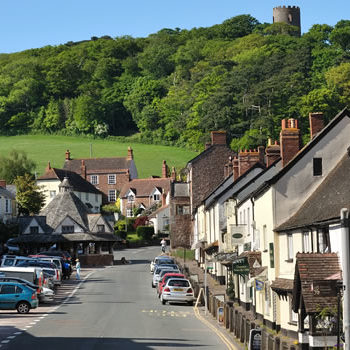 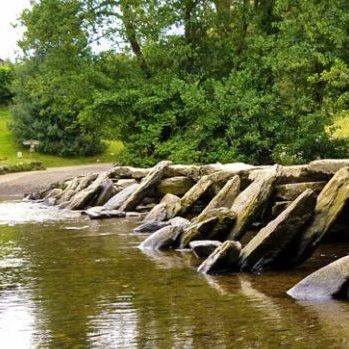 Rarer the giant panda, the Exmoor Pony is a breed native to the British Isles. Some argue that they are direct descendants of a population isolated since the ice age. Exmoor ponies are hardy and found undertaking a variety of equestrian activities, but are famously also found grazing as semi-feral herds roaming across Exmoor National Park. During the spring and summer months, fluffy foals can be observed grazing alongside their mothers.

Exmoor is home to England’s largest herd of wild Red Deer. The largest wild mammal in the UK, these impressive, peaceful creatures make for a memorable encounter while walking or finding them on a Deer Safari. Rare species of butterfly, lichens and trees are found on Exmoor, in addition to otters, hare, water vole, peregrine and others. 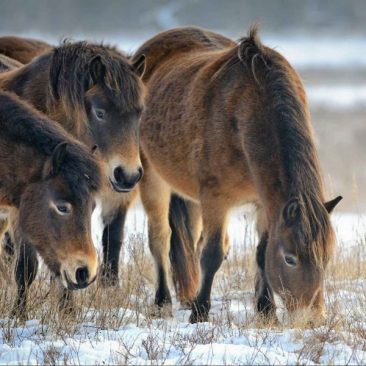 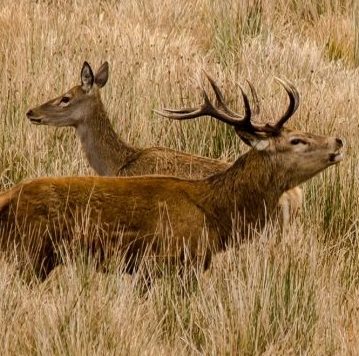 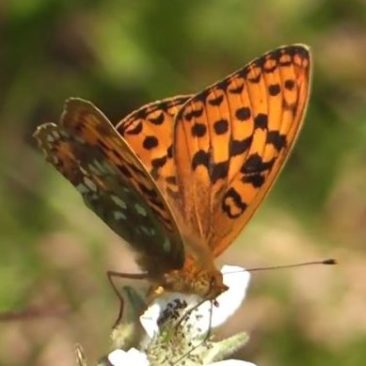 The very first Dark Sky Reserve in Europe, Exmoor has exceedingly low levels of light pollution. Famous among astrologers and enthusiasts, many come to Exmoor for the chance to observe the cosmos in a way simply not possible in more urban areas. There are various recommended sites for star gazing across Exmoor, and even an annual festival with events and activities celebrating the starry skies here.

The West Somerset Railway – the longest heritage railway in England

Wimbleball Lake – a scenic lake reservoir open to the public

The Beast of Exmoor – a mysterious beast of myth and legend