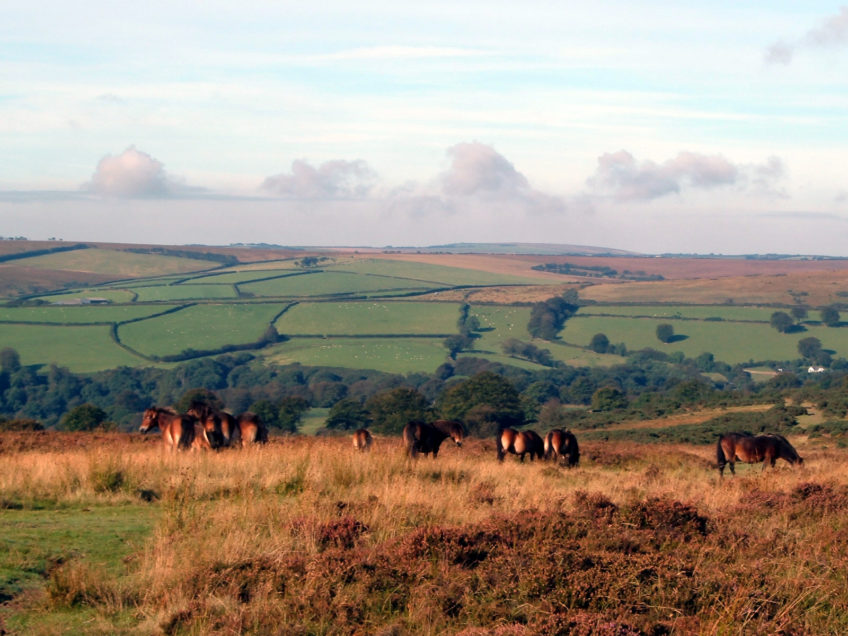 Who doesn’t love the Exmoor pony?? This hardy native breed has been present on Exmoor for thousands of years. To this day, semi-feral herds wander the rough grasslands across Exmoor National Park. Although their ancestors were truly wild, various people now own and manage every Exmoor pony. They do, however, remain largely self-sufficient. Perfectly adapted to the terrain and conditions of Exmoor, these iconic ponies are happily at home here.

History of the Exmoor Pony

From the times of Woolly Mammoths and Sabre Tooth Tigres, ponies existed in the UK. Originally, ponies were well distributed across the land. However, around 10,000 years ago, environmental and other changes resulted in ponies moving to the hills and moors. People started to tame and domesticate them, introducing new bloodlines to their liking. However, Exmoor remained well off the beaten path until relatively recent times (to this day we would say Exmoor is well tucked away!). This preserved their ancient lineage, hence reference to the Exmoor Pony as one of the oldest known breeds. 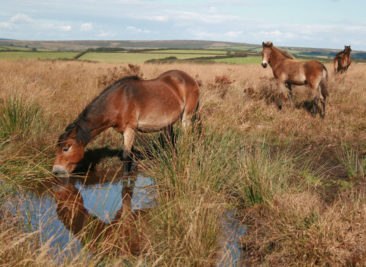 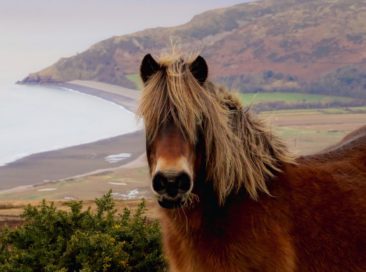 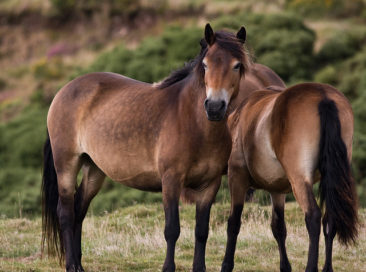 Why are Exmoor Ponies Endangered?

Numbers of Exmoor ponies dwindled to almost nothing around the time of the second world war. During this time, troops used Exmoor as a training ground. Stolen for their meat and ready target practice for soldiers, as few as 50 ponies survived the war.

Following the war, a small group of breeders made efforts to preserve the population. Exmoor ponies increased in popularity, with small herds becoming established in various parts of England, even exported to the US and Canada.

Presently, although numbers have increased, they are given “endangered” status by the Rare Breeds Survival Trust. This indicates estimated numbers at less than 500 in the UK.

Characteristics of the Exmoor Pony

The Exmoor Pony is normally around 11.2 to 12.3 hh. They are generally brown, bay or sometimes dun, with paler ‘mealy’ paler colouration around the muzzle. A wide head, thick mane and broad chest is typical.

Where can I see an Exmoor Pony?

Take a drive or a walk across the moors of Exmoor and you may well encounter Exmoor ponies living free. As the ponies are free-roaming it is hard to predict exactly where you will find them, although Porlock Hill, Winsford Hill and Molland Moor are a few likely spots. Use the pony symbols on the map below for other likely places. 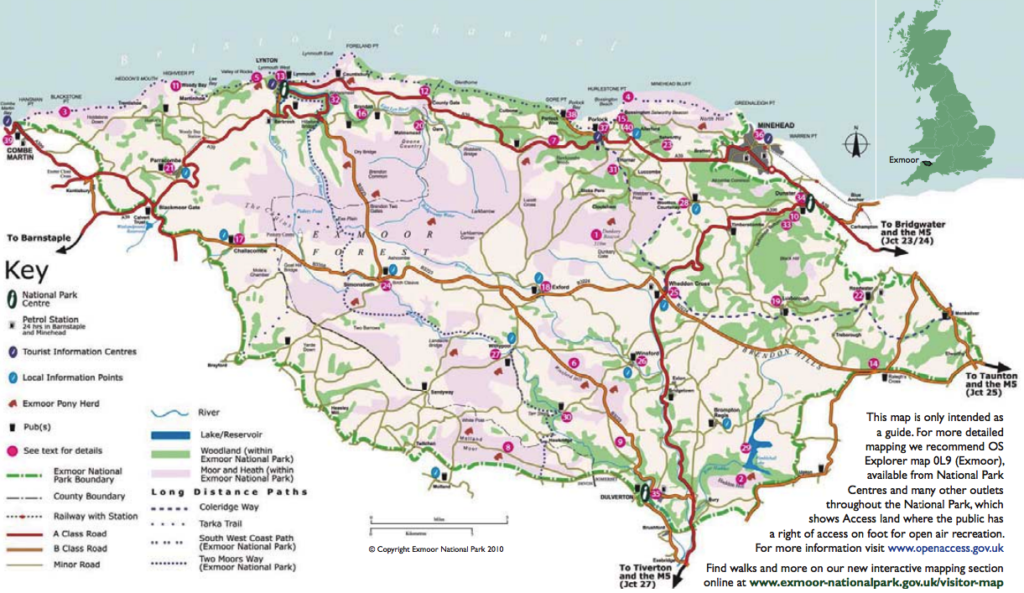 To get up close and personal, head to the Exmoor Pony Center. Based on the moors near Dulverton, this charitable organisation works for the promotion and welfare of the Exmoor ponies.