The South West Coast Path stretches for 630 miles, the longest way-marked footpath in the UK. Originating in Minehead, the trail hugs the coast to the furthest tip of Cornwall, then on down and round to Poole Harbour in Dorset. The dramatic and varied south-west coast is spectacular, contributing to the worldwide fame of this particular trail.  Whether your interests lie in walking, landscape, geology, history or nature, the South West Coast Path makes a fascinating journey. Here you will find nourishment aplenty for mind, body, and soul.

The exact age of the coast path is unknown but has for many years been used by coastguards watching out for smugglers approaching the south-west peninsula. In evidence, are a series of coastguard cottages along the route providing a glimpse of their cliff-top look-outs. Until 1913, the Path was regularly patrolled, so frequent were the appearance of sea-faring trouble-makers. The route of the path reflects this, allowing good views into every bay and cove, rather than providing the most direct route between two points.

These days, the path is well maintained and signed for the benefit of anyone wishing to walk either a small stretch or undertake a more lengthy journey. 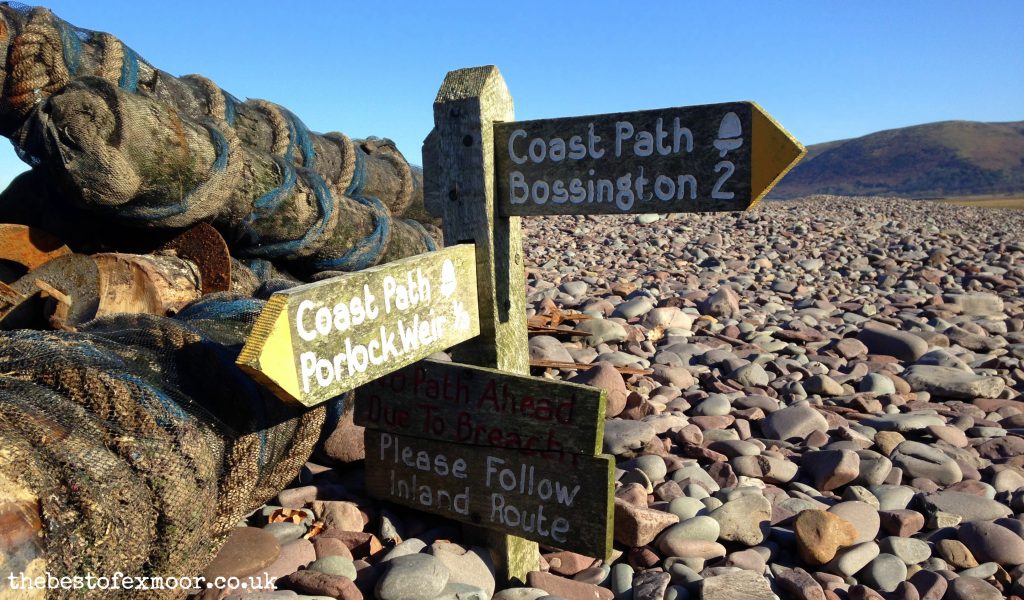 Starting in Minehead, the path follows the harbour to Culver Cliff before zigzagging up through woodland. The path cuts inland past North Hill to enter Exmoor National Park, to Selworthy Beacon and Bossington Hill, to then regain the cliff top at Hurlstone Point. Follow this link for details on the Minehead to Hurlston Point section

Passing Bossington, the path follows the beach to Porlock Weir before connecting with the ‘Coleridge Way.’ The path passes the smallest parish church in England – Culbone Church. In a small clearing in the woods, this makes a magical scene for a thoughtful pause.

Crossing the border into Devon, Foreland Point marks the next large headland. (For a circular walk along the South West Coast Path here, see details on the Foreland Point Adventurous Walk.)

The path then reaches Lynmouth followed by the funicular railway link to Lynton on the hill above. Intersecting the Two Moors Way, the path then passes through the Valley of the Rocks.

The path carries on to Combe Martin, marking the end of it’s journey through Exmoor National Park. 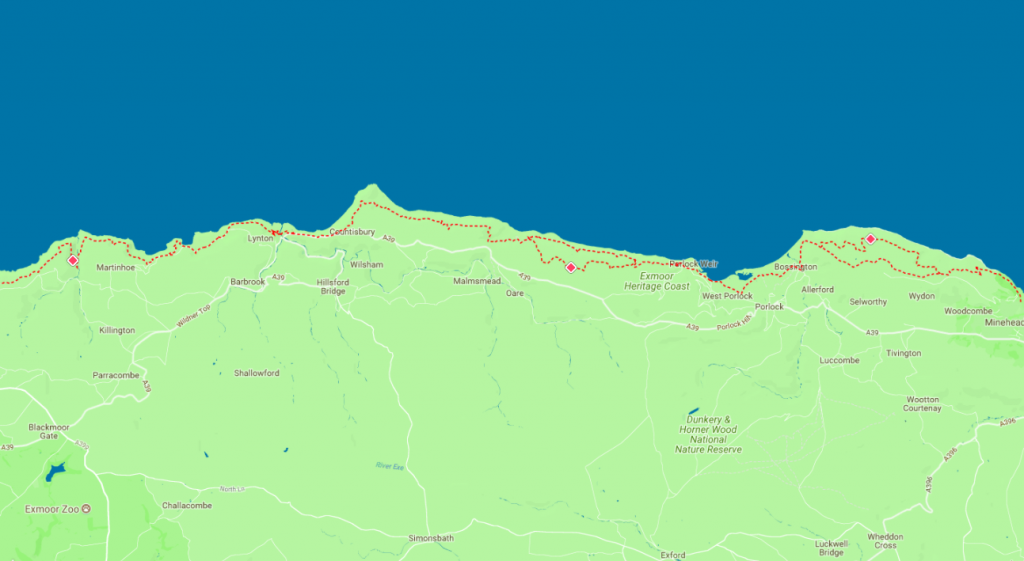