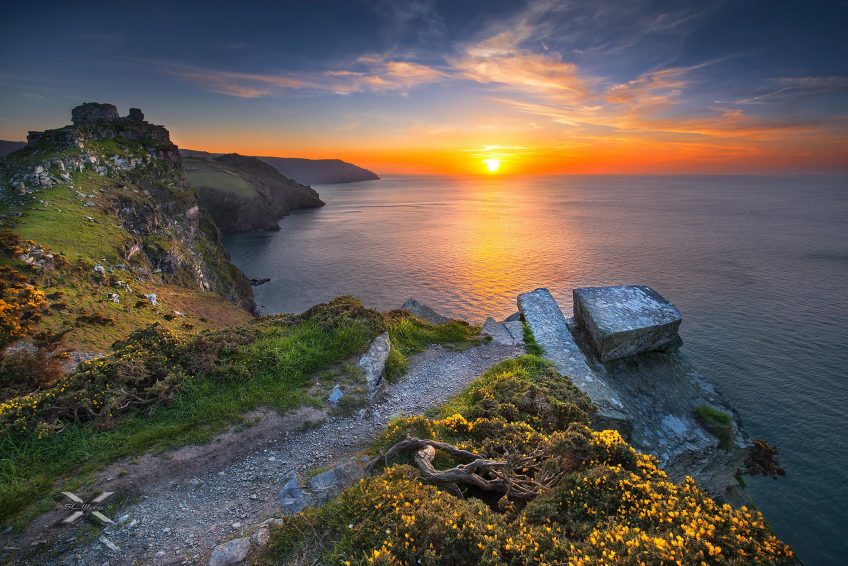 The Valley of the Rocks (also known as ‘Valley of Rocks’) is a dramatic section of coastline on the northern edge of Exmoor. Exmoor never fails to disappoint when it comes to varied and interesting landscape, with this spot certainly being no exception. Arriving in the deep valley floor, steep craggy cliffs on either side of you climb up to point skyward. Climb to the cliff tops and breathe in the fresh salty sea air, with spectacular views of the seascape. Whether you are there under crystal clear blue skies or stormy atmospheric clouds, this is a great place to feel refreshed and rejuvenated. 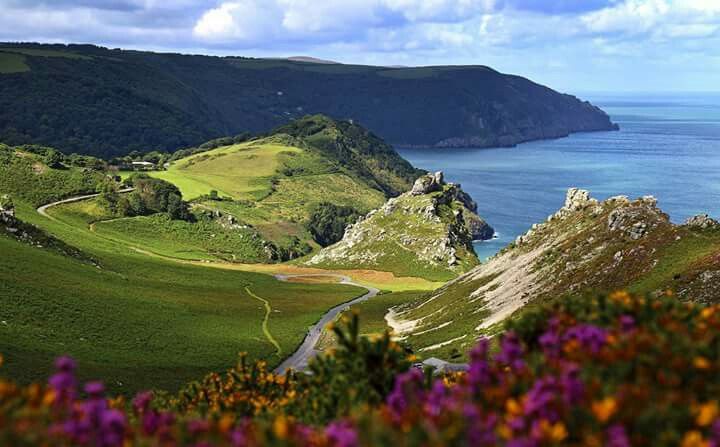 Where is the Valley of the Rocks?

Travelling west from Minehead or Porlock, follow the beautiful coast road towards the village of Lynton. The drive is well worth doing in its own right, with stunning views across the Bristol Channel to the North or over the rolling hills of the open moor and farmland to the South. You’re likely to catch a glimpse of an Exmoor pony or two on the way. When you reach Lynton, you can park here and walk on for 10 minutes. Alternatively, continue right into the valley to park your car.

Postcode for the Valley of the Rocks car park: EX35 6JH

Valley of the Rocks Walk

You may choose to amble around and admire the landscape, perhaps scrabble straight up the cliff sides for a view from the top. For those wanting to make a circular loop, follow the link below 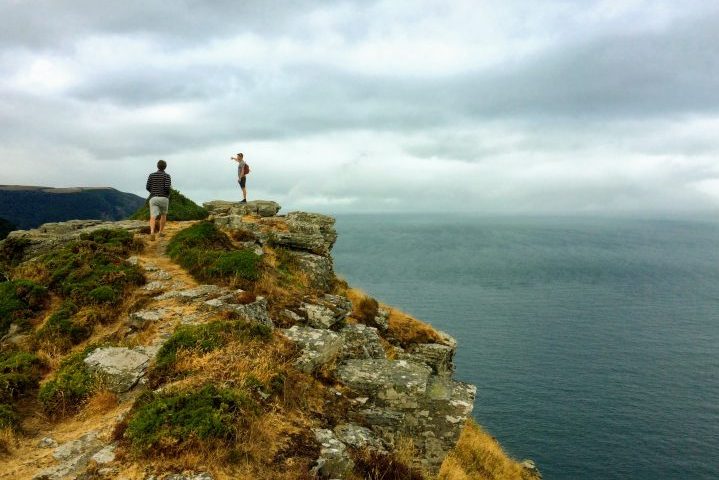 Can you drive through the Valley of the Rocks?

Yes, it is possible to drive along the valley floor and back again. Beyond the parking area, the single track road continues, dividing to form the turning circle so iconic in many ariel view shots of the valley. Driving beyond the turning circle leads you to on to Lee Abbey Bay Beach. Be aware that the road here becomes a toll and (minor) charges apply. 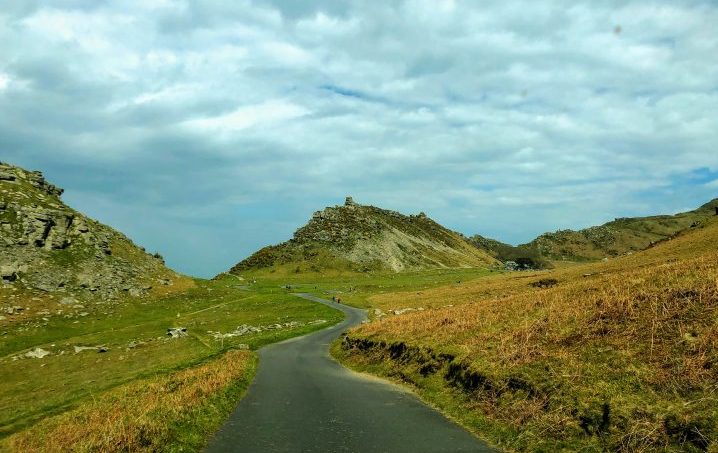 Geology of the Valley of the Rocks

One theory suggests that the East Lyn River originally flowed here, before joining the sea further west. The river eroded the channel forming the valley, parallel to the coastline. The cliffs would have extended further north, but been claimed by the powerful sea waves over the years. Eventually, the river would have broken through, diverting its course directly into the sea, leaving the old course dry.

Another theory dates back to the Ice Age, suggesting that originally the Lyn River may have taken a similar course to what we see today. The arrival of a vast ice sheet blocked the valley mouth, forming a giant lake. Eventually overflowing, water carved a new channel – the Valley of the Rocks. Once the ice retreated, the river reverted to its original route, leaving the Valley of the Rocks drained dry.

Both theories are plausible, coming some way to explaining the unusual landscape we are presented with. We may never be truly certain of the explanation, perhaps adding the mystery of this dramatic place.

Adding to the unusual and mountainous character of the place, you may well spot a few feral goats wandering the rock faces. Quite at home nimbly scaling the steep slopes, goats have been present in the valley for hundreds of years, with mention to them in the doomsday book. More recently, a herd was released here in 1897. Surviving until the mid-1960’s, several very cold winters finally wiped out the population. The valley was re-populated in the 1970’s with the release of a small number of feral goats, who have flourished, number gaining year on year. Periodically, groups are released into new parts of the country to assist in land management schemes where their grazing habits improve the plant biodiversity. 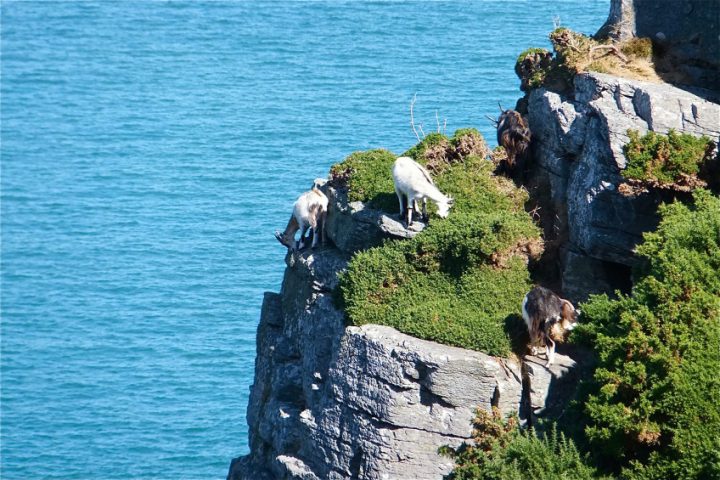 Here are a few holiday cottages for self-catering accommodation near the Valley of the Rocks;