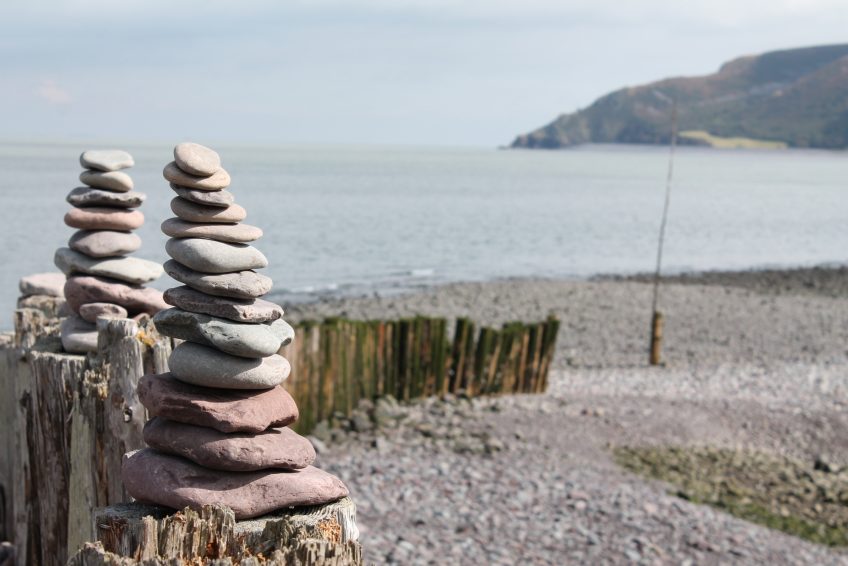 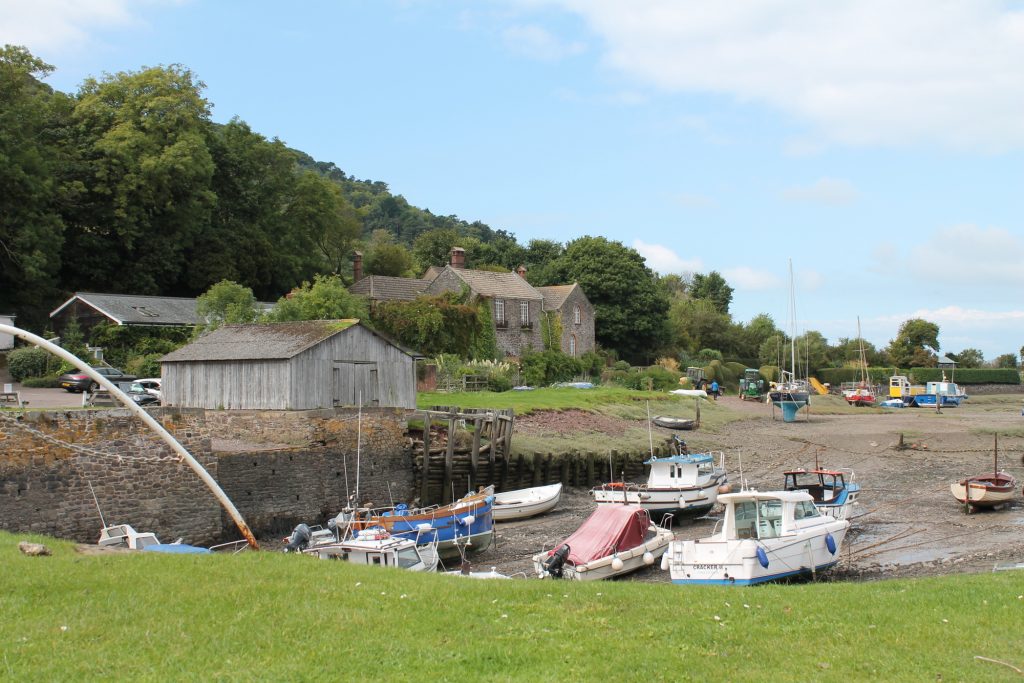 Am I allowed to have a favourite place on Exmoor? What I mean to say, is that I do love all of Exmoor, of course… But there is something particularly special about Porlock Weir. I know I’m the not the only one to have been ensnared by its quirky charm – there are many who stumble on this quiet spot and find themselves drawn back, year after year, falling ever more fond of this seemingly secret hamlet harbour.

What’s Porlock Weir all about?

Driving west from Porlock, this is the last chance to get down to the sea before winding your way back up the cliffs and on to Devon. A handy car park means visitors can leave their wheels behind for an amble around the boats, along the marsh, shingle ridge and stony beach beyond.

A tranquil nook these days, Porlock Weir has played its part in the life of eastern Exmoor over the centuries – the sea route was once by far the easiest way to travel up and down the coast here. Trade in the 18th and 19th centuries included exports of corn, flour, bark for tanning, bricks and oysters to Bristol. Ever in touch with the ways of old, not all these exports are a thing of the past – a recent project has seen the return of oyster farming from the weir.  ‘Porlock Bay Oysters,’ a community project launched in 2013, have attained the top ‘A’ classification from the food standards agency – the first site in England and Wales to have this top classification for Pacific Oysters.

A small flotilla of yachts and fishing boats sit around the harbour – many of the little boats often appear stranded aground. Thankfully the dramatic rise and fall of the Bristol channel tide mean that they never have to wait too long to get back in the water. 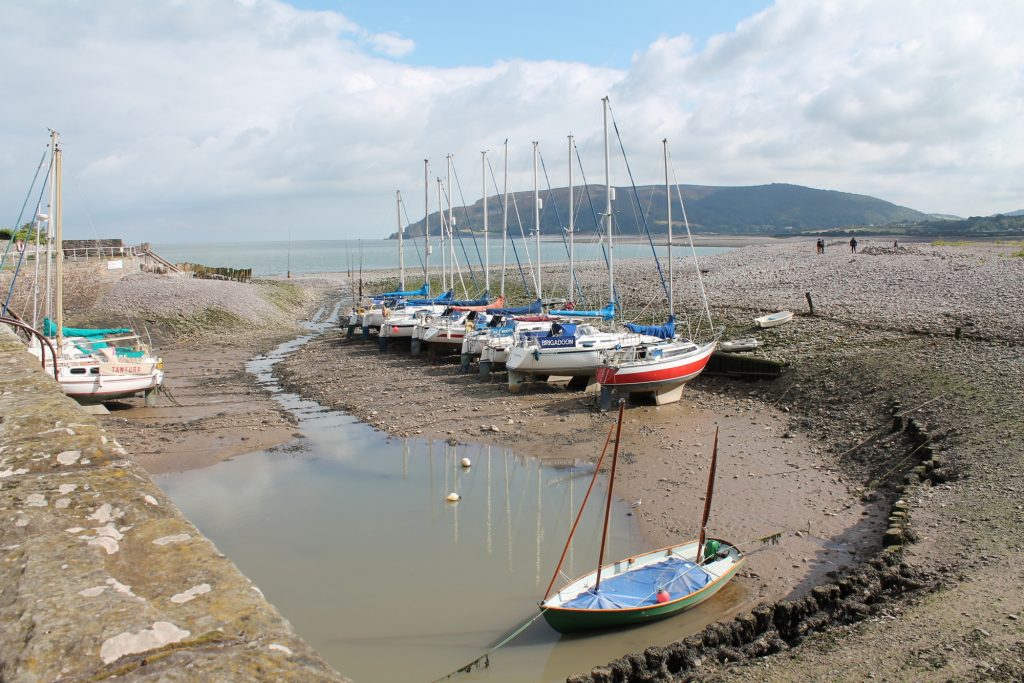 The impressive harbour dock-gates are used strategically to keep the inner harbour free of stones. Tidal water is held back and then released, flushing the channel clear of stones deposited by the easterly tidal drift. Walk over the dock-gate bridge to cross on to ‘Turkey Island’ for a different perspective – Quay Cottage, sitting pretty under thatch at the end of the row, made the top spot in  The Mirrors list of top 10 British summer cottages. 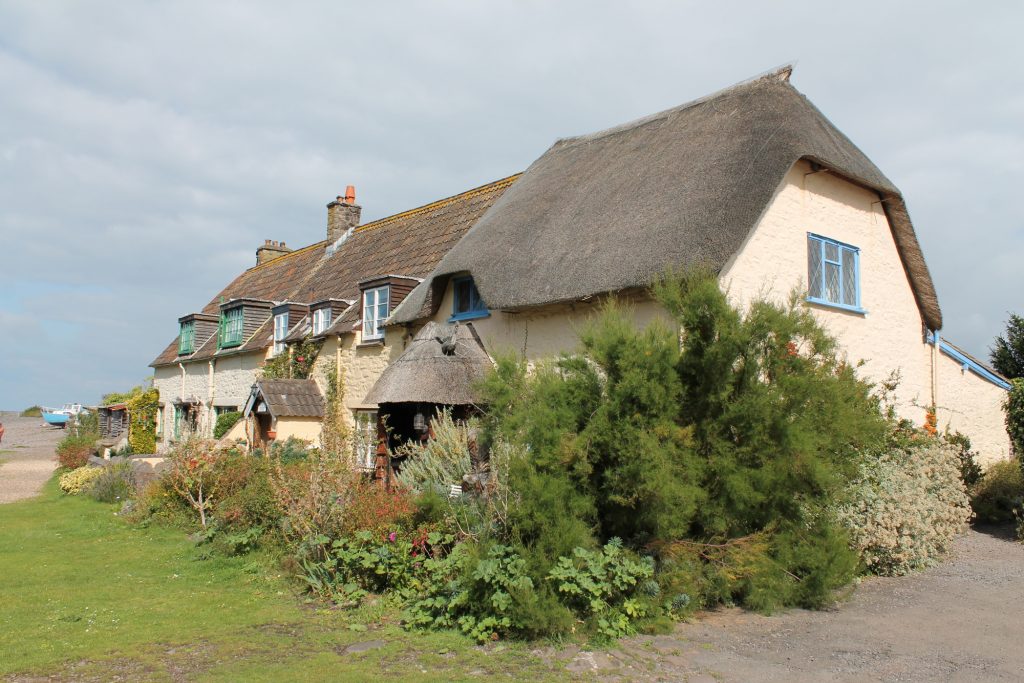 The quiet marshland behind the harbour makes a lovely flat expanse for the dogs to have a good blast. Just a couple of minutes walk will take you over the shingle ridge and onto the stony beach. The view out to sea from the water’s edge holds a hint of the dramatic; although a relatively sheltered spot, the cliffs stretch out on either direction to cast dark shadows on the water, casting greys, pinks, blues and silvery hues. Although with no designated footpath or onward route, you can keep walking west along the beach to the rocky cliffs. With a bit of persistence, you may find yourself stumbling across the Smugglers Cave. This dwelling of old is half-buried under the shingle.

The beach also runs east of Porlock Weir, sweeping a huge shingle curve through towards Porlock. The landscape here has evolved much in recent years. For some time, the shingles were frequently artificially re-sculpted to maintain the high ridge, forming a barrier between the agricultural land and the sea. Since a breach in 1996, the sea marsh now floods every high tide – resulting in a diverse and unusual ecosystem, recognised as a Site of Special Scientific Interest.

Eat, drink and be merry!

Back at the hub of the harbour, there are a few spots for a sit-down and have a coffee or snack, or peruse the little gallery with paintings by local artists of Exmoor and the coast. Millers at the Anchor and Locanda on the Weir offer fine dining for a memorable lunch or evening meal. Grab a pint and enjoy the salty sea air of the Ship Inn (Bottom Ship). 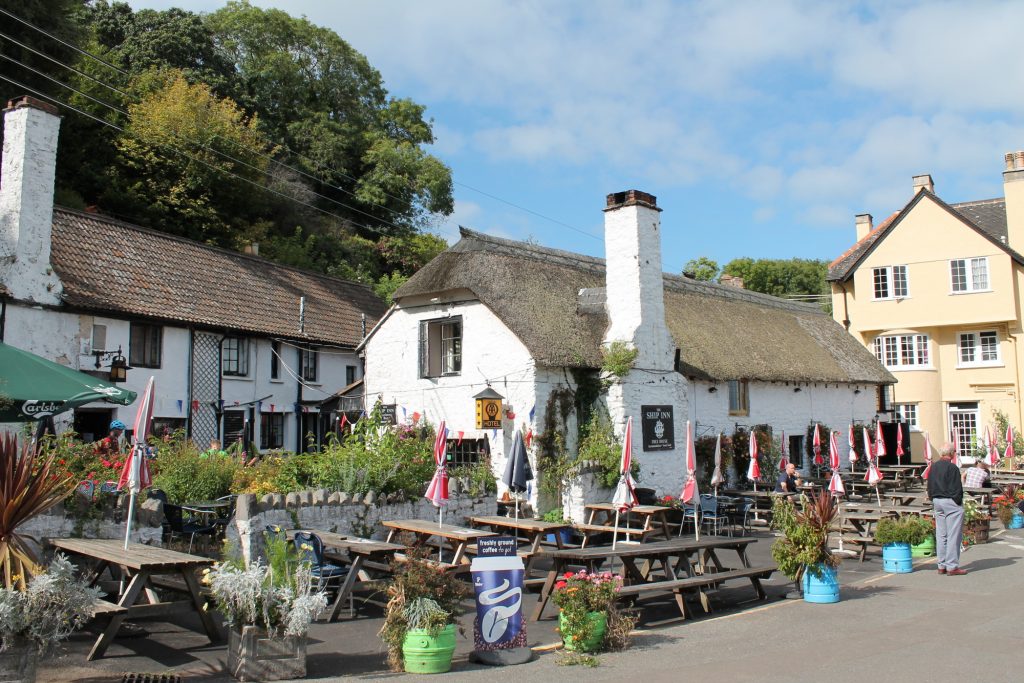 The beach and most cafes and pubs are dog-friendly

Parking is plentiful in the harbourside car park, for a small charge

Things to do in & around Porlock Weir

Walk up to Culbone Church

Visit nearby villages of Dunster, Porlock or Minehead

Get active outdoors with Exmoor Adventures or Channel Adventure

Hire a bike to explore the region; test your fitness riding up Porlock Hill!

To check for availability of Quay Cottage, book directly with us at The Best of Exmoor. Harbour House is also sat in the heart of the weir on the water’s edge, or we have several more cottages in Porlock Weir available to let.